Thomas Chen, founder and chairman of Queens-based national manufacturer Crystal Window & Door Systems, and Steve Chen, Crystal president, on Oct. 7 unveiled a six-foot bronze statue honoring former Queens Borough President the late Claire Shulman. Thomas Chen personally commissioned the statue by award-winning sculptor Yutien Chang to celebrate Shulman as a true champion of business in Queens and a mentor to him and Crystal Windows as the company grew over the years.

Over 40 members of the Queens business community, media and elected officials attended the press conference, sharing their memories of working with Claire. Steve Chen described Claire Shulman’s impact on Crystal, and media executive Vicki Schneps spoke of her 40 year friendship with the former Borough President.

“When I was starting my window manufacturing company in Queens, Claire helped me avoid many of the typical setbacks immigrant entrepreneurs face,” says Thomas Chen. “She encouraged me to take executive business courses, engage reputable service providers and suppliers, and make Crystal Windows a good corporate citizen.”

When Crystal was ready to expand in Queens, Borough President Shulman ensured New York City agencies worked effectively with Crystal as the company constructed and opened a large new factory. She continued to be a mentor, motivator and friend to Thomas Chen and later to his son Steve Chen as he stepped into the leadership role at Crystal. Even after Shulman left public office in 2001, she and the Chens continued to be close friends. They shared a love of the arts and supported many cultural institutions throughout Queens.

Several years ago, Thomas Chen was inspired to commission sculptures honoring notable friends who had contributed to his personal and business success. The statue of Claire Shulman is the first he commissioned and in 2019 internationally known Taiwanese sculptor Yutien Chang, was engaged to create the bronze statue. In the same year, Shulman met with the artist and the Chens to discuss the project and concepts for the statue.

The statue is a bronze six-foot tall lifelike portrayal of Claire Shulman. The artist, in collaboration with Thomas and those who knew Claire well, depicted Shulman in motion, as was characteristic of the former Queens Borough President. The statue will only be displayed at Crystal Windows for a short time. Its permanent home will be Crystal Park, Thomas Chen’s private 200-acre art park and nature preserve in Dutchess County, New York. The statue will stand on an 18- by 8-foot metal pathway base in the shape of an infinity sign, symbolizing Shulman’s continuous drive forward and her boundless energy.

“I was thrilled Claire was able to visit Crystal Park in October 2019 to see the location selected for her statue along a wooded path overlooking the lake,” says Thomas Chen. “Sadly, Claire did not get to see the completed work, but we are glad to share it with her many friends in Queens.” Shulman passed away in August 2020 at the age of 94.

The Shulman statue is on temporary display at Crystal’s Queens headquarters and main production facility through Oct. 22, 2021, and friends of Claire Shulman and members of the public are welcome to visit. Then the exhibit will be moved and installed permanently at Crystal Park. 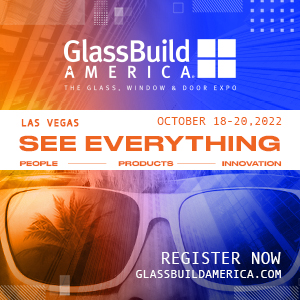