How companies can take steps to encourage diversity, inclusiveness and open communication—and why it matters 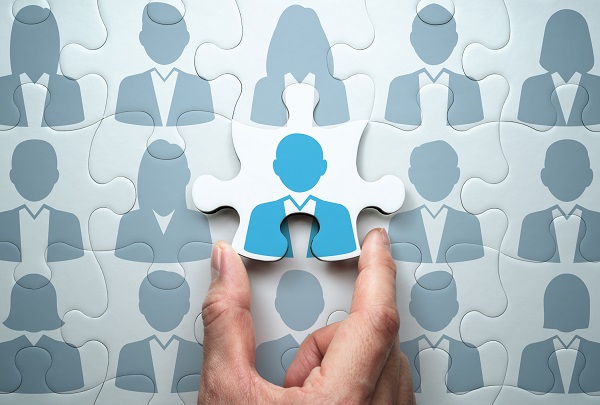 “A lot of hiring happens because people know people, which is good in some ways, but it also means people often hire those who think like them.”

Network. Talk with your employees. Conduct surveys. Get your employees engaged. Measure where you are. Set goals, then establish steps to reach them.

These are just a few of the suggestions about how to recruit a more diverse workforce from panelists in a joint session with the National Glass Association and the Women in Construction during GlassBuild Connect in September. Following are some tips from the panel on how companies can examine their current workforce and take steps to encourage diversity, inclusiveness and more open communication in the workplace.

“What gets measured gets managed,” says Lauline Mitchell, NAWIC vice president, BBI Construction. “If you’re interested in truly changing hiring practices, you have to take a moment and be honest about what you’ve done in the past and where you want to go and talk about the steps to get there.”

Several panelists recommended casting a wider net when hiring and perhaps even looking at anonymous resumes, which challenges employers to focus on skills rather than names. “A lot of hiring happens because people know people, which is good in some ways, but it also means people often hire those who think like them,” says Doreen Bartoldus, NAWIC president-elect, Jacobs Engineering.

Developing relationships with local universities and career centers also can be a boon. Diana San Diego, VP of marketing, SAFTI First often has interns in different departments, which she cites as being especially beneficial to the technology side of the business. “Be in touch with local career centers. It’s old school, but that’s where your talent pool is coming from. I always learn from any new person we bring in. It makes the experience broader for everybody in our organization.”

Hiring isn’t the end goal, however. “Retention is just as or more important than recruitment,” says Nataline Lomedico, CEO, Giroux Glass. “Make [employees] feel valuable … Check in and make sure people grow and have the opportunity to grow.” Giroux Glass, for example, assigns each non-union employee a buddy who is not a supervisor or a peer in the department. The buddy checks in to ensure the new employee feels heard and discuss future goals.

Retaining a diverse staff can be a significant challenge for employers. “Once you get folks there, you can’t forget they are different,” says Mitchell. “They need to be valued and heard like everyone else is. There has to be a culture of respect, and that comes from the top.”

Panelists also recommend examining company culture to ensure it’s inclusive. For instance, many social outings in the industry revolve around golf, but that may not interest much of the staff. Re-think the yearly outing to something that appeals to more of the staff members.

The Case for Diversity

Recently, diversity in the workplace has been making headlines. Many dismiss it as a trendy buzz-phrase or deem diversity a soft or feelgood cause of the moment. But recent studies indicate diversity has real impacts on businesses. Take a 2020 study by management consulting firm McKinsey & Company, “Diversity wins: How inclusion matters,” for example. This report studied diversity winners, companies with a diverse workforce, to reveal what drives real progress.

“Our latest analysis reaffirms the strong business case for both gender diversity and ethnic and cultural diversity in corporate leadership—and shows that this business case continues to strengthen,” the report says. “The most diverse companies are now more likely than ever to outperform less diverse peers on profitability.”

The report found that the greater the representation of women, the higher the likelihood of outperformance. “Companies with more than 30 percent women executives were more likely to outperform companies where this percentage ranged from 10 to 30, and in turn these companies were more likely to outperform those with even fewer women executives, or none at all. A substantial differential likelihood of outperformance—48 percent—separates the most from the least gender-diverse companies.”

What’s more, in the case of ethnic and cultural diversity, McKinsey & Company’s business-case findings are equally compelling, the company reports. In 2019, top-quartile companies—those with a higher number of employees of various ethnicities—outperformed those in the fourth quartile by 36 percent in profitability. “As we have previously found, the likelihood of outperformance continues to be higher for diversity in ethnicity than for gender.”

Even if employees are not directly in charge of hiring, they can be better allies. Bartoldus says to be supportive—be an advocate, mentor and teacher and put an end to any harassment women employees might see in the office or on the jobsite.

Mitchell echoes Bartoldus’ sentiment of speaking up if you see a colleague’s comment being ignored at the table. Lomedico and San Diego encourage companies to “show you’re listening” and seek someone else’s ideas.

Encourage women to network, too. “What a beautiful thing to be able to network and hear from others,” says Lomedico. “Networking is an incredible way to encourage other women. Help them with introductions to the right people.”

Resiliency in a cyclical industry

Those in construction often consider it to be a particularly resilient industry and group of people. Although housing is poised for strong growth, the commercial construction outlook is bleak for the coming years. Resiliency, says Lomedico, is a choice.

History shows construction is a particularly cyclical industry; the drive toward progress must always remain despite any extenuating circumstances. “The precipice is calling,” says Mitchell. “Our industry is very cyclical. Spend some time and you’ll see the patterns and understand what happens and how [cycles] develop.”

She continues: “Our industry will self-correct and adjust as the rest of society does … you have to remain persistent. Work harder, keep digging and keep going until you get where you want to be. Encourage people to dig deep and think about what you want and how to achieve that with the current surroundings.”

WOMEN AND THE SECOND SHIFT

Companies quickly pivoted to flex time and remote work amid the COVID-19 pandemic; the permanence of that flex time and remote work may be a lasting legacy. Despite the flexibility many employers offer, panelists agreed many women are still working the so-called “second shift” at home, particularly in light of schools and daycare centers closing and moving to virtual formats that require parental supervision.

“There’s additional stress on women right now, and that’s a concern,” says Bartoldus. The data supports that strain. McKinsey surveyed more than 40,000 North American workers in September and found one in three are considering leaving the workforce of scaling back her career because of the pandemic. Childcare was the most-cited reason behind the career considerations.

U.S. Department of Labor statistics showed in September alone, 865,000 women left the workforce or were laid off nationwide, compared to 216,000 men. Some economists have gone so far as to call this a “she-cession,” reports the Chicago Tribune.

San Diego said the shift from office work to work at home happened overnight. “We were here on a Monday, and Tuesday we weren’t,” she recalls. As things start to normalize, she anticipates figuring out this new method of working, what tools everyone needs and considerations to make for those with families. “People get fulfillment from work and don’t want work to suffer nor their family life,” she says, adding it could take months or even the better part of a year, to find the balance. “Giving that kind of support to all employees helps with retention and with helping your employees succeed, which helps your company succeed overall.”

“If people don’t feel like they have peace in their home or personal lives they won’t be very productive anyhow,” says Lomedico. “If that’s not incentive enough for companies to offer flexibility, I don’t know what is. It’s about having that balance and giving them the ability to be the parents they want to be and be productive for the company.”

Although a stressful situation for women in particular, Mitchell encourages women to look at it as an opportunity. “As women, we are jugglers,” she says. “Here’s an opportunity for us to step up our game and push back at home and the office when you feel like you’re doing more than is equitable. You might be heard better now than at other times. This is a great time that might allow us to shine even more.”