When it comes to building safety, preventing and mitigating fire hazards are among the top priorities for fenestration manufacturers and installers. Fire safety is increasingly important, with the National Interagency Fire Center reporting an overall increase in both the number of fires and acres burned since these statistics were first recorded in 1983.

In addition to wildland fires, high-profile building fires in the Bronx, New York, and Philadelphia have brought building fire safety into the spotlight. According to the National Fire Protection Association, total fire damage in the U.S. for 2020 was estimated at approximately $21 billion.

While many believe that wildland fires are a western states issue, in truth, more than 46 million residences located in 70,000 communities throughout the U.S. are at risk from wildland fire. Many of these communities lay in zones of transition between unoccupied land and human development: a highly flammable terrain known as Wildland-Urban Interface that is growing by 2 million acres per year and poses significant health, environmental and property damage risks.

With elected officials seeking to implement actionable change to both reduce carbon footprint and protect their constituents, building codes lay the foundation for long-term sustainability and resiliency. Fenestration professionals who understand, implement and lobby for the latest and safest building codes can have a significant positive impact on the resiliency of buildings and safety of residents.

How building codes can mitigate damage

Over the past decade, wildland fires have wrought economic hardship on local communities and released vast amounts of carbon dioxide into the atmosphere. 2021 ranked as the sixth highest year on record for both acres burned and number of fires in the U.S. over the past decade, accounting for 58,985 wildfires that burned 7,125,643 acres. The National Interagency Fire Center projects another above-average wildland fire season across the U.S. in 2022.

Building codes are at the core of community resilience and disaster mitigation because they ensure that fenestration and other critical building components are constructed based on the latest research and data on all hazards. Yet, according to a 2021 Federal Emergency Management Agency study, 65 percent of counties, cities and towns across the U.S. have not adopted modern, hazard-resistant building codes. The National Institute of Building Sciences previously found that if the 2015 edition of the International Wildland-Urban Interface Code (IWUIC) were to be adopted in 10,000 census blocks across the country, the codes would generate $4 in wildfire mitigation savings for every $1 invested.

Additionally, retrofitting 2.5 million affected homes to the 2018 IWUIC could provide a nationwide benefit-cost ratio as high as $8 to $1. Fenestration professionals should design, build and test their products to the latest and safest building codes.

From requirements on sizing and materials, these building codes ensure proper safety precautions are used in homes across the country. For example, high-performance, fire-rated windows can withstand temperatures in excess of 1,600 F, well above the average temperature of a house fire. Fire-resistant windows can play a huge role in mitigating the severity and destruction associated with a residential fire.

Fortunately, the federal government is recognizing the need for action to increase resiliency from both wildland fires and residential fires. Congress pledged more than $50 billion in federal funds to address weatherization across the country, including measures to prevent the spread of wildland fires, through the Infrastructure Investment and Jobs Act signed in late 2021.

Proactive measures and using the latest editions of codes and standards can make a big difference for the safety of residents in the event of a fire. To mitigate future damage, fenestration professionals and industry leaders can use and encourage federal, state and local governments to adopt the most up-to-date building codes like the IRC and IWUIC.

Visit the International Code Council’s online resource, Fire-Resistant Construction in the Wildland-Urban Interface, for more information about how codes and standards can protect property and save lives. 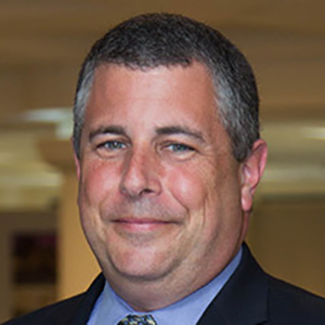 Karl Fippinger, CEM, PMP, is vice president, fire and disaster mitigation for the International Code Council’s Government Relations Department, where he leads the Code Council’s national fire service and emergency management activities. Fippinger brings more than 30 years of domain experience, having served as an assistant fire chief with the Occoquan-Woodbridge-Lorton Volunteer Fire Department in Prince William County, Virginia, and as an adjunct instructor with the Fairfax County Fire and Rescue Department in Fairfax, Virginia.