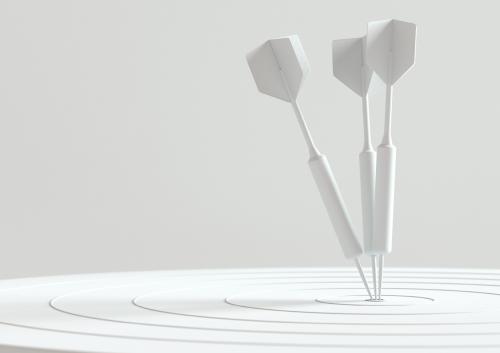 Although women comprise about 47 percent of the total U.S. workforce, construction is made up of only 9 percent women, with only 3 percent being in the actual trades, according to the National Association of Women in Construction. Consider another statistic from a survey last year by the Associated General Contractors of America, and Autodesk: 81 percent of construction firms indicate it will continue to be hard to fill craft positions.

The remarkably low number of women in construction paired with the high number of companies that struggle to fill trade positions could be taken as an enormous opportunity for women to fill this gap.

But looking to this largely untapped demographic is about more than filling vacant positions. It’s also an opportunity for companies to diversify their skillsets and take advantage of the unique assets women can bring to the table.

Fenestration needs people of all skillsets and demographics to continue to move the industry forward. Window & Door focused on a gender-specific demographic to glean some best business practices from three women in various stages of their fenestration careers.

The year 2010 was one of the worst times to set up a new business in Florida, especially in construction. That didn’t stop Amy and Earl Rahn and their business partners, all of whom came from Champion Windows, from doing it anyway with the advent of NewSouth Window Solutions. Each brought their own business prowess to the new company; Amy Rahn’s contribution was a media background in advertising in electronic media, radio and television.

People had incredulous reactions when they heard of setting up a fenestration company in 2010, but it worked in their favor. With a “shoestring budget,” they bought equipment for what Rahn calls “pennies on the dollar.” Skilled labor was also prolific at the time. Much of the competition wasn’t actively advertising, which allowed Rahn to more aggressively brand the company. “In a lot of ways, it was really the perfect time to start a company,” she says. Today, the company has its original Tampa and Orlando facilities and has expanded to Sarasota, West Palm Beach, Ft. Lauderdale, Jacksonville and Fort Myers-Naples. They’re also eyeing the Pensacola-Mobile, Alabama, market, as well as other southern coastal areas.

Rahn attributes NewSouth’s success to developing an impact window that also has energy efficiency attributes. “The uPVC window has become more mainstream and less niche,” Rahn says. Some of the state’s increased focus on energy efficiency comes from most of Florida adopting the Energy Star code in 2015, although some counties in southern Florida have not.

“We’re still fighting the energy fight in South Florida, where you can still buy a window that is a single-pane aluminum window, clear glass [that] doesn’t serve the homeowner,” she says. “[Homeowners] had to believe in the past you choose impact resistance or energy efficiency. Our mission has been to provide both in the window. That’s been a change in the industry and our state.”

Rahn encourages fenestration marketing professionals to keep an eye on what they’re after in marketing. “Every single thing we do is to acquire customer information,” she says, which differs from marketing goals for a car dealership, for example, or businesses with products that sit on shelves. “Everything we do in fenestration and home improvement is to garner that name and number.

“Of course, all marketing begins with making sure you’re doing the right work to attract your correct target,” she continues. “You really have to know who your customer is and the sweet spot of your demographic target.”

NewSouth’s demographic remains baby boomers, who respond well to more traditional marketing mediums, such as television and newspaper ads. As baby boomers fade away in five to 10 years and millennials become a more target demographic, Rahn acknowledges the marketing strategies will need to shift too.

“It’s easy for companies to get nervous about expenditures and abandon strategy, but staying true to the marketing strategy will pay dividends,” says Rahn. “It’ll build on itself year after year with consistency. It’s been a lot of fun to be bold in our branding; I’d encourage home improvement companies to do the same.”

Pew Research Center, a “nonpartisan fact tank” that studies social and demographic trends, surveyed over 4,500 people of various genders, ages, educations and races in late 2018, seeking to enumerate the perceived differences between men and women in leadership positions. More than 50 percent of survey respondents who participated in the Gender and Leadership study reported that they believe women are better at being compassionate and empathetic; 42 percent reported they believe women can better work out compromises. The study further noted that women also ranked higher than men for creating a safe and respectful workplace, being honest and ethical, and standing up for what they believe in.

Male versus female differences are generally more than just perception, though. Psychology Today published an article by Dr. Gregory L. Jantz that explored the brain differences between genders. “Male brains utilize nearly seven times more gray matter for activity while female brains utilize nearly 10 times more white matter,” the article states. Dr. Jantz hypothesizes that this brain-processing difference is “probably one reason you may have noticed that girls tend to more quickly transition between tasks than boys do. The gray-white matter difference may explain why, in adulthood, females are great multi-taskers, while men excel in highly task-focused projects.”

Emily Vander Werff is a fourth-generation Pella Corp. employee, having followed in the footsteps of her father, grandfather and two great-grandfathers. After participating in Pella’s summer student program and job shadowing a department manager, she changed her major at the University of Northern Iowa from secondary education to business management. She spent two more summers at Pella, one as an intern, then was offered a job. Upon graduation, she joined Pella full-time, where she has been for two years.

As department manager for designer slider/MLs, Vander Werff manages a couple of assembly lines and has 20 to 30 team members who report to her. She also ensures day-to-day activities are running and that team members have tools in their arsenal to make their jobs easier, in addition to helping them develop and reach goals. “I tell them they don’t work for me; I work for them because I’m there to make their job easier,” she says.

Right now, she is laser-focused on continuous improvement through two avenues. One is the 5S program, which come from the five Japanese words seiri, seiton, seiso, seiketsu and shitsuke, translated in English to sort, set in order, shine, standardize and sustain. This relates to keeping everything clean and organized and ensuring only necessary tools are nearby.

The other relatively new tool is using Kata, also a Japanese term. The team reports each day on the target condition, where they stand in reaching that target, what the previous step was to achieve target, what obstacles stand in the way and what the next step is. “It’s a quick way to get some things implemented, problems addressed and productivity issues fixed relatively quickly,” she reports.

One of Vander Werff’s lines recently implemented a new robot, which also helps to counteract the labor shortage. This robot will measure a given part and also won’t run if the wrong parts are loaded. “They’re super smart,” she says. “There’s a lot of work going into them. Our programmers have been working hard lately.”

Although productivity is important, Vander Werff’s measure of success is whether she leaves work each day having taken care of her team and whether they are satisfied with their work and their company. “The days when the team says, ‘I really love working here,’ and are proud of what they’re doing, that’s a successful day,” she says.

After working in a lumberyard for 43 years, retirement simply didn’t suit Amy Berg’s husband. So, in 2008, he and Berg, who has worked in the construction industry since 1978, started Innovative Window and Door Services LLC. Berg owns the Fargo, North Dakota-based business, and does much of the book work while her husband focuses on the physical labor.

Although they started their business at arguably one of the most tumultuous times in the industry, Berg attributes their success to never trying to be a huge business. “We’ve never advertised,” she says. “It’s all been by word of mouth. A lot of it is jobs that most people don’t want to take on because they’re too small.” Today, the couple is looking to wind down and transition.

Berg has had a front seat to construction becoming more accepting of women. “You seldom if ever talked to women in a lumberyard unless they were bookkeepers,” she says. She bucked the trend at the time, though. “My husband and I built houses,” she says. “We did a lot of the work ourselves. I’ve installed windows. I’ve put together and installed doors. I’ve put on siding, soffit and fascia. I’ve done steel shingles. I didn’t just sell it; I learned it.”

Despite her expertise in the sales and installation of many building products, however, Berg recalls dealers calling and asking to speak to one of the men. Sometimes, as in the case of steel shingles, Berg was the only one who had worked at installing them, so Berg’s coworkers sent the customers right back to her. “I had the background that they didn’t,” she says. “Customers started to learn they didn’t have a choice because I was the only person really there they could talk to.” Women with this experience aren’t such an anomaly today, Berg acknowledges, noting women who own lumberyard and construction companies and know the window and door business.

Berg, who has been a member of NAWIC since the late 1980s and is now a chapter president, encourages young women to consider construction, especially those who are good with STEM (science, technology, engineering, math) subjects. “It’s open to anybody,” she says, encouraging anyone considering construction to find a mentor.