The term Window Opening Control Device (WOCD) is widely recognized in the fenestration industry. But at times, there’s still confusion about what hardware meets the requirements to be classified as a WOCD.

The 2006 editions of the International Code Council (ICC) I-codes introduced a requirement to provide window fall protection for operable windows where the lowest portion of the window opening is located greater than 72 inches above the exterior finished grade or surface below. Window fall protection is to be provided by one of the following:

A minimum dimension from the finished floor to the lowest portion of the window opening of:

So, what exactly constitutes a WOCD? ASTM F2090 provides guidance.

When properly designed, tested, specified and installed, appropriately configured WOCDs can help reduce the potential for falls from operable windows of various styles while allowing full opening of windows designated for emergency escape or rescue. WOCDs may be factory-installed, applied as a field kit or applied as an after-market device.

In addition to the ASTM F2090 standard, other efforts to help better define, explain and specify the proper use of WOCDs continue.

The IBC, International Existing Building Code (IEBC) and IRC building codes have included provisions for window fall prevention since 2006. Now, FGIA and the Window and Door Manufacturers Association (WDMA) have jointly filed a proposed code change that, while not affecting current physical requirements, would clarify IEBC sections 505.2 and 702.4 to require that replacement windows incorporate WOCDs in installations otherwise covered by the IBC.

The Group B proposal by FGIA and WDMA is expected to be heard during ICC Committee Action Hearings March 27-April 6 in Rochester, New York. If the committee approves it, the proposal will next be heard in Public Comment Hearings Sept. 14-21 in Louisville, Kentucky. If the proposal prevails there, it advances to ICC’s Online Governmental Consensus Vote for approval before it would be incorporated into future code language in the next cycle.

A new Technical Bulletin, Clarification of the Definition of a Window Opening Control Device (WOCD), created by FGIA to be jointly published with the WDMA, explains what qualifies as a WOCD and what distinguishes them from the other similar-looking hardware like night latches, vent stops or vent limiters, which are not governed by the ASTM F2090 or other standards and should not be used on windows designated for emergency escape and rescue.

ASTM F2090-21 is complete. Proposed code revisions are in progress for the next IEBC revision, and the new joint FGIA/WDMA Technical Bulletin will soon be available through FGIA’s Online Store and through WDMA. The industry’s work to promote a better understanding of WOCDs and their proper use is ongoing. 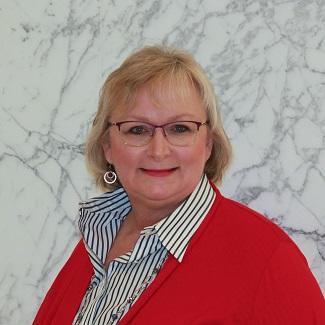