Hialeah, Florida-based CGI Windows & Doors, part of the PGT Innovations family of brands, is recognizing four Florida residents as heroes through its “CGI Heroes: Celebrating Strength” initiative. The statewide initiative, which launched in April and concluded this week, recognizes heroes across Florida who are going above and beyond to help others.

Tori Mason, Janet Woods, Bethany Keime and Drew Rogers were all nominated and selected as finalists for their commitment to assisting others, as well as receiving a $1,000 cash prize.

Following the initial nomination, a public online voting period was opened to determine a grand prize winner to be awarded with an additional $5,000 cash prize. In light of the overwhelming voting response coupled with the notable contributions to the community made by each finalist, the CGI executive team decided to award each finalist with the additional $5,000 grand prize.

“We were astounded by the stories of our hero finalists and thrilled with the response by their communities to vote for them for the grand prize,” says Bob Keller, president of the Southeast business unit for PGT Innovations. “These are four people who are making a tremendous difference in their communities by demonstrating strength and compassion. When our team read their stories and saw the incredible support they each received through the voting, we were compelled to award all four of them with the grand prize. They are bringing hope to others and passionately serving the community. Their actions inspired us, and we hope they inspire others.”

All four winners were awarded the $6,000 prize money at a virtual awards ceremony on June 9. 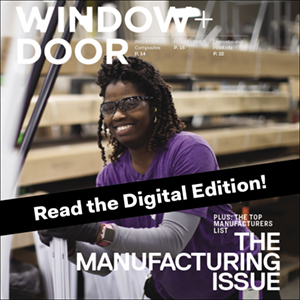