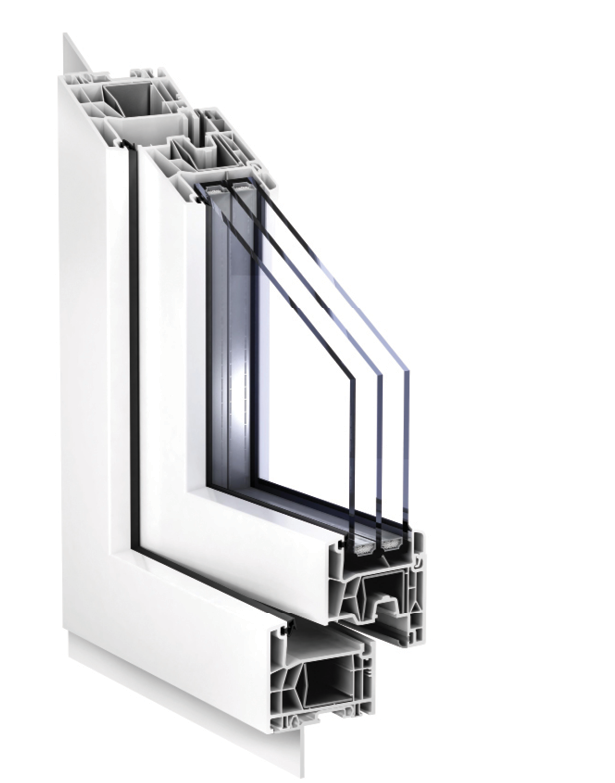 Above: Kömmerling’s System 76 platform has been adapted for North American markets with the inclusion of a nail fin, while fly screens can also form part of the installation process. At 3 inches front to back, it is suited for the new construction and remodeling sectors.

Tackling climate change may become a louder conversation through the coming year and beyond as it becomes a top agenda item locally, nationally and internationally.
President Joe Biden has declared that climate change is the “number one issue facing humanity” and has pledged a transition across the U.S. from fossil fuels to renewable energy that he says will also help create millions of new jobs. The President has also put together a $2 trillion plan intended to help put the U.S on a trajectory to a net zero carbon pollution landmark from the electricity sector by 2035 and net-zero emissions by 2050.

Already North America has experienced record-setting wildfires in the West, while suffering from some of the most active Atlantic hurricane seasons in recent years. Europe is also experiencing record temperatures with Blufi, near Palermo, Sicily, recording a temperature of 120 F (48.8 C), while parts of Germany experienced unprecedented flooding earlier this year.

Effects on the Window & Door Market

But how does this affect the market for windows and doors? There’s a social responsibility for us as individuals to help tackle climate change and arguably equally so for companies. Legislation is inevitable in that windows and doors for the remodeling and new construction sectors will enforce better energy performance. It’s already happening in parts of Canada for public buildings.

It’s also already happening in the UK with an announcement due in the next few months providing a requirement for windows and doors to offer a U-value of 1.2(W/m²K) as the new standard for new construction projects, which equates to 0.21 Btu/(h·ft²·°F). Other G7 countries have made a similar pledge as they look to improve the energy efficiency of all privately and publicly owned buildings.

But arguably it’s not just the products we are looking to install in buildings across the U.S. that come under scrutiny. Consideration also has to be given to the aperture. If a window is installed with a ¼-inch gap around it and only sealed with a mastic/silicone sealant, then the window won’t perform to its maximum. For this reason, we’re seeing the increased adoption of expanding foam tapes in the UK and in Europe, which help seal the gap between frame and wall construction with a neat finish.

According to research from VinylPlus, a commitment of the European PVC industry to sustainable development, vinyl is proving to be the best solution from an energy efficiency point of view, when compared to similar lumber (timber) and aluminum offerings. From an environmental perspective, vinyl can also be recycled up to eight times. With a typical lifespan of 25 years, that equates to a 200-year product life cycle.
But with the UK already looking at revising the building regulations further in 2025 down to a near Passivhaus standard of 0.8 W/(m²K), or 0.14 Btu/(h·ft²·°F), will the other G7 countries, including the U.S. and Canada, look to adopt similar standards? The ramifications across the industry are considerable and will particularly affect the large systems and extrusion houses, glass processors and even those producing spacer bars, among other ancillaries.

Frame depths will inevitably get deeper over time, while vinyl window and door profiles will necessitate more chambers within them to help improve performance standards. Profile inserts may well also become more of the norm in time.

Yet how soon will it be before Passivhaus standard windows and doors are installed by companies with a net zero carbon emission, zero landfill of all materials and transported on electric vehicles? The technologies, systems and equipment are already here. While it may seem a step change in the way in which we work and in what products are currently installed, with the rate of change to help tackle climate change ever increasing, it might just be sooner than you think. 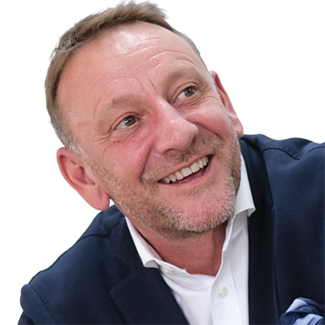