Outside, looking in… through a Canadian window

Westeck manufactured what it says is the first and only swing solid wood casement Passive House certified window in North America. The company could not reach the final values with solid wood, but found cork to be the “silver bullet.” The author says cork is an excellent insulator and was readily available in the compressed shapes needed and, once laid into the frame and sash, allowed Westeck to achieve Passive House numbers. (All images courtesy of Westeck Windows & Doors)

Editor’s Note: While the Passive House conversation is largely relegated to European countries, the energy efficiency movement keeps pushing the building envelope toward higher performance on a global level. Looking to the Canadian province of British Columbia’s recent and aggressive energy code regulations and how Canadian manufacturers are responding can serve North American fabricators in likewise answering to the increasing consumer awareness of energy efficiency in the products they purchase for their homes.

Canadian window manufacturers are often seen scratching their collective heads these days. Especially old boomers like me who have been around since non-thermally broken aluminum windows were the norm. Those were the days, hey folks? Screwing together a few sticks of metal, tape in a sealed unit (if you were high-performance) and send it out the door. How things have changed.

Of course, change is inevitable. Most of us can agree that fenestration is a critical component in the move toward better buildings. Part of the challenge in Canada is that most Canadian manufacturers have had a fairly easy ride when it comes to performance improvements. There has been very little regulation on thermal performance; the last significant industry-driven improvement goes back 30 or 40 years, when the PVC frame window entered the residential market in British Columbia.

PVC has proven to be a major improvement in the thermal performance of products compared to the 1980s thermally broken residential aluminum systems. But, since its inception, there have been relatively few enhancements to performance. We have seen new spacers and glass coatings enter the market, but the PVC window itself hasn’t changed much since the early '90s—Westeck, for example, has been building the same PVC slider and casement systems since 1995 with almost no change to the frame designs.

Meanwhile, British Columbia made numerous changes to its codes and regulations over the past decade, with many changes focused on thermal performance. In 2009, the province adopted the BC Energy Efficiency Act that resulted in laws laying out specific thermal performance for windows sold in B.C. Although it has struggled with enforcement, today, it is illegal to purchase and install a window in a single-family home in B.C. that does not meet a 1.80 metric U-value (.317 imperial). This is forecast to drop to 1.61 (.28) by 2022, which, in B.C., presents little challenge compared to other regulation.

This very aggressive stance on thermal performance of buildings, in turn, is creating a high-performance product wave with local fenestration manufacturers. I fully expect B.C. manufacturers to face Step 5 levels by the mid-2020s. As such, many manufacturers that serve this market have launched, or are in development of, new systems specifically aimed at these approaching performance targets.

A couple years ago, the province’s CleanBC program launched Innovative Clean Energy, a funding program for B.C. manufacturers. This program offered B.C. manufacturers development funding to develop and certify either Passive House or Energy Star Most Efficient systems. This program is what launched Westeck’s path to developing two PH window systems. Following are insights for manufacturers and their suppliers that are considering journeying on their own path to Passive House or high-performance systems.

Westeck’s GM, Neal Turner, is the catalyst for Westeck’s proactive approach to the developing codes. “Passive House is not only an excellent idea for Westeck to support, it is actually more our responsibility to support,” he says. Such support from the top is critical. Our technical team was new to the PH world, so we engaged a hardware supplier familiar with the process to assist us through it. If your history is with A440.2 or NFRC, I strongly recommend finding a supplier with at least some experience in the Passive House Institute (PHI)process.

One point to understand is that the criteria used to evaluate the thermal performance for PHI products are different than what is used under A440.2 or NFRC 100. Thermal modeling needs to be done to the European standards, so it’s important to get some assistance. This is a time-consuming process—we made changes one at a time so we didn’t miss an improvement or, worse yet, a performance loss from a change. Each iteration went though our modeler, followed by meetings with our Passive House advisor in Germany over a nine-hour time difference.

My advice is to reach out early and connect directly with the staff at PHI. If possible, communicate online or by phone as you will be faced with the inevitable communication challenges, not so much in language but in terminology. I.e. do you know what hygiene for fenestration is? You will have many questions that can get lost in emails.

On that point, getting frame hygiene just right eluded us for months. Hardware was a challenge in that we were trying to minimize the amount of metal required to minimize thermal bridging with different systems while keeping the operation as simple as possible… and always considering the aesthetics and keeping cost in check.

Frame performance is also critical in Passive House and cannot be overlooked or minimized.

The best glazing package may not make up for limitations in frame design performance. We learned that we weren’t able to make changes as quickly with PVC profiles as with modified wood, which pushed us to try and use what was available off-the-shelf. A little tip here: qualify the profile performance that will work before committing to the system. This was a painful lesson for us as we fully integrated the window system into our product line prior to reaching PH certification.

From there, we did not want to start from scratch to develop an entirely new system of profiles. Instead, we worked with our extruder, literally going around the world to find components that met the design attributes we needed. It was a bit like Dr. Frankenstein: sourcing and piecing a system together, having to integrate and model each iteration to find components that worked.

Mixing just the right recipe is challenging. Then, just when you think you have it nailed, there’s one more little item: the details for a Passive House certified window component also require a specific installation/wall detail. The overall thermal performance includes the installation—not something we’ve ever had to provide for any other thermal certification. Passive House entails walls that are much thicker and significantly more complex than anything we’ve drawn before. The windows sit in the center of the wall, with exterior insulation that almost covers the exterior of our beautiful window. These details are very unusual and foreign to many of us.

Our PHI contact in Germany was very helpful, guiding us through this with much more patience than I could have mustered. All told, the certification of our Revolution XL Passive House tilt turn window took about 24 months. The support from our suppliers was critical, as well as the people at PHI; we never could have succeeded without them. 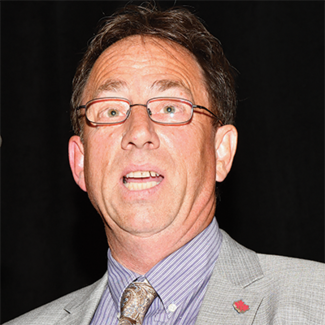 Terry Adamson has been in the fenestration industry in British Columbia since 1985, currently working for Westeck Windows and Doors as its technical director. He previously served as a director and chair with the Fenestration Association of B.C. and today, is the president of Fenestration Canada.