Photovoltaic Glass: Benefits and Technologies to Bring it to Market

How PV glass can turn windows into power generators

The use case for photovoltaic (PV) glass is impeccable: buildings consume 40 percent of global energy now, and by 2060 global building stock is expected to double. If they have windows or curtain walls made of PV glass, they could become vertical power plants and make a huge contribution to the decarbonization required to meet the climate challenge.

Earlier this summer, the National Fenestration Rating Council shared the insights from Corey Hoven, of Next Energy Technologies, and Hunter McDaniel, of UbiQD in its Industry Trends and Emerging Technologies webinar series. Hoven and McDaniel are on different paths with different technology, but aiming at the same destination: affordable, effective and transparent PV glass.

Hoven, the founder and chief technology officer of Next Energy, started by laying out the benefits of PV glass.

Making buildings double as power plants solves myriad problems beyond the opportunity to generate more renewable energy, he said. Marrying buildings with electricity production removes a large burden from electricity grids, and removes the need to find land for solar arrays and transport power over grid lines to demand centers.

He also explained how PV puts the solar energy in urban settings to use, rather than bouncing it in another direction; low-emissivity coatings on windows are great to ward off unwanted heat transfer, but in cities and towns, buildings can reflect that light toward another building’s windows. And, in California, which is often the regulatory laboratory for the rest of the country, building codes now require onsite PV generation for residential homes and multifamily buildings up to three stories. With the energy they produce, Hoven said, the savings should equal the extra costs of these premium products in one year.

Next Energy’s technology is based on semiconductors made of organic materials, which are then applied to the window during the fabrication process in an invisible coating. Wiring leading away from the window can be hidden in the horizontal mullions and conductors affixed to the edge of the glass within the window frame. One of the challenges with organic PV has been a short lifespan, with early versions based on polymers. Next Energy’s version prints directly onto the window, with carbon-based materials used in part because they lower costs.

At UbiQD, founder and CEO McDaniel’s team aims to leverage quantum dots – bits of matter that allow efficient manipulation of color and light. They’re small enough that it would take about 100,000 of them to cover a fingernail, but they can be resized for different applications. Larger ones absorb redder wavelengths on the spectrum, and smaller ones blue. When a window unit absorbs energy, the dots guide it to silicon PV cells around the edges of the window, where it can be transferred away for conversion to power.

Similar to utility-scale PV, the payback period is about five years, according to the National Renewable Energy Laboratory. The calculation is based on a 1.25MW system, which would cost $1.24 million after claiming the 30 percent investment tax credit available for solar projects. That’s cheaper than rooftop solar systems, McDaniel said.

Now at the piloting stages, UbiQD is experimenting within its own building in Los Alamos, New Mexico, to provide proof of concept, as well as with some local partners. It aims to understand how energy collection changes depending on what direction windows face, and whether it would be worth installing PV glass on the northern sides of buildings in some climates.

One technical challenge is that the dots create a tint that is warmer and browner than the company would prefer, given that architects often prefer blue-gray tints, McDaniel said. But even with color difference, windows or curtain walls made of the latest advancements in PV glass have the potential to cut carbon emissions by becoming a renewable power source for residential and commercial buildings. 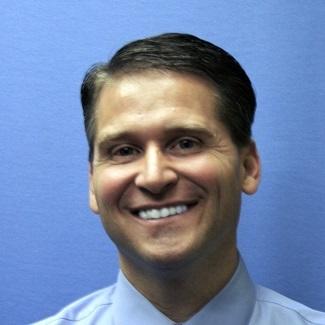