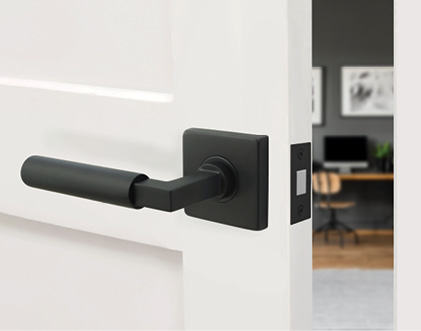 The TL7 Magnetic Tubular Latch is a magnetic latch for interior doors that keeps the bolt retracted when the door is open. Then, magnets made from the rare-earth element neodymium, which are located in the strike latch, snap the bolt in place to latch the door. Turning the lever retracts the bolt. The latch eliminates the need for a lip strike and it can be specified for passage and half-passage functions, as well as a locking privacy function.