The continuously rising cost of litigation often makes it seem like your company is one unlucky lawsuit away from threatening the foundation of the business. While you stand behind your products and services, and may even demonstrate your commitment in a warranty, we’re all too familiar with the tendency to initiate a lawsuit as soon as a dispute develops. Although there is no way to avoid this risk in any business, there are proactive steps that can lessen the impact in the event of a legal claim. One such option is incorporating a well-drafted arbitration clause into agreements and product warranties.

You’re likely already familiar with arbitration as an example of dispute resolution that is an alternative to litigating a legal claim in a court of law. Generally, arbitration is the process in which two parties engaged in a legal dispute seek resolution of that dispute with a neutral third party—the arbitrator—mutually agreed upon by the parties and given authority to make a determination about the dispute. Such determination may be binding, or enforceable in a court of law, or it may be non-binding and therefore not necessarily aimed at providing a final decision. The latter is more akin to mediation. Here, our focus will be on binding arbitration, a contractual agreement to reach final resolution of disputes through arbitration.

One of the main benefits of arbitration is the ability to contain legal expenses. While arbitration is not inexpensive, it is arguably less expensive with more predictable costs than pursuing a claim in court.

Arbitration can also provide a more expeditious and efficient process by which to resolve disputes. Just about every court has a backlog of litigation. It can take months and sometimes even years to complete the process from start to finish.

Additionally, arbitration clauses set expectations for both parties to an agreement, and create a level playing field so the threat of litigation is taken out of the equation in the event of a disagreement arising from a contract.

It is not uncommon for parties to attempt to surpass an arbitration provision in a contract when a dispute arises, barreling right ahead into filing a lawsuit. However, enforcing such a provision is something either party can seek if it was included in the underlying agreement. This would halt the litigation until the enforcement issue is decided. It is essential to implement your arbitration clause carefully: one can challenge the enforceability of an arbitration requirement in an attempt to avoid being locked into arbitration.

Make sure your arbitration provision is clearly marked. While the arbitration language is not necessarily required to be in bold, all capital letters, or otherwise specifically highlighted as an important provision in the agreement, it is a good idea to ensure it is reasonably visible and not buried in a multi-page document.

A best practice is to include the arbitration language in a separate section with an identifying heading. If a party seeks to enforce a hidden arbitration provision, a court may determine that the arbitration clause is not actually enforceable because the other party did not have fair notice of the requirement in deciding whether to accept the terms. Rather than leave it up to chance, it is always better to be up front with important contract provisions. Otherwise, you might end up in the courthouse after all.

The arbitration requirement is a contract term, and an enforceable contract exists only if the contract was properly formed. Depending upon your jurisdiction, there is conflicting authority regarding enforcement of arbitration provisions in product warranties. In one case, a court declined to enforce an arbitration provision contained in a “closed-box” warranty, finding that the inclusion of an arbitration provision in a warranty brochure did not form a binding contract between a purchaser and manufacturer. For a party to accept the terms of a contract, the party must have an opportunity to accept or reject those terms—even if the acceptance is in the form of inaction implying silent consent.

One less obvious potential pitfall can present in the form of seemingly administrative requirements, where the arbitration clause sets forth the rules. One court found that a party seeking to enforce arbitration refused to pay filing fees to the arbitrator, and therefore breached the contract. Consequently, the other party was released from the agreement. Check all the boxes, be prepared to meet all of the requirements and you’ll be in a much stronger position to enforce the contract’s terms.

Coordinate with your legal counsel to help you take the appropriate steps to incorporate this language into your agreements. With a strong, enforceable arbitration provision, you’ll be in a better position to mitigate the impact in the event of a dispute. 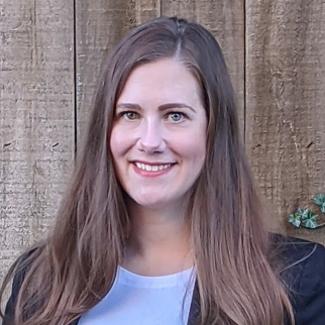 Melanie Scherer is an attorney with The Gary Law Group, a law firm based in Portland that focuses on legal issues facing manufacturers of windows and doors. Contact her at 503/620-6615 or melanie@prgarylaw.com.