You don’t have to wander far to hear positive sentiments about the immediate future of our industry. For instance, Window & Door’s 2018 Industry Pulse notes that the majority of manufacturers, suppliers and dealers expect sales to increase throughout the year. Meanwhile, the Pulse reported that 83 percent of the industry plans to hire this year, despite our ongoing struggles with finding the right talent to fill those roles.

I sensed that same optimism at the American Architectural Manufacturers Association annual conference in Orlando in February. The conference was well attended, which tends to be an accurate barometer for general industry confidence. While there, I took part in some interesting conversations with customers and colleagues. I’ll share a couple of my takeaways.

1. Energy Star is still up in the air.

Just about one year ago, I wrote about the uncertain future of the Energy Star program under President Trump’s proposed budget for 2017. In 2018, that future remains uncertain, but with new wrinkles to the story.

President Trump’s proposed budget for this year turns Energy Star into a program that requires manufacturers to pay a fee to participate. The fees would theoretically make up for the cuts in funding to the program.

It’s an interesting idea, to be sure. I would expect many of the major window players to be up for paying that fee—consumers recognize the Energy Star sticker and it’s been a powerful marketing tool for a number of years now.

I also remain of the opinion that, even if Energy Star were to vanish entirely, window and door thermal performance would likely remain a driving factor for manufacturers. The continued development of international building codes push the envelope in terms of energy performance. Not to mention, sustainability and energy efficiency have become a part of the American consumer’s psyche. Customers won’t forget about their desire for efficient windows in the event Energy Star becomes less of a factor.

We could be seeing evidence of that today—the Industry Pulse notes that vinyl windows continue to dominate the window market, and make up the top anticipated new product launch category in the coming year.  It’s exciting to feel continued optimism. We’ll see where it takes us. 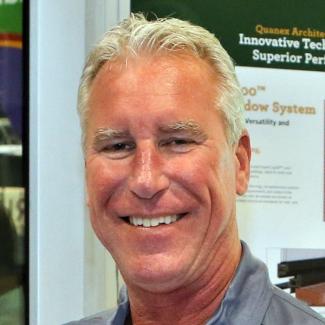 Eric Thompson is the national account manager for Quanex. Email him at eric.thompson@quanex.com.