The Trump Administration reached a Phase One deal with Chinese officials regarding the trading relationship between the two countries. As a part of this deal, the United States will cancel a 15 percent tariff on additional goods imported from China that were expected to go into effect on December 15th.

In addition, the Administration announced the Phase One deal would cut some of the tariffs that are already in place. While the items on Lists 1-3 would stay at 25 percent, the items on List 4A would be reduced from 15 percent to 7.5 percent, according to a release from WDMA.

“WDMA is encouraged by news of a deal with China and are hopeful that this will bring some needed stability to U.S.-China relations”, says WDMA President and CEO Michael O’Brien. “The deal, however, does not include relief from the tariffs on Lists 1-3, which contain several products used by window, door and skylight manufacturers.”

O’Brien notes that the WDMA has been communicating its concerns to the Administration about the impact of tensions with the Chinese government over trade policy, specifically the Section 301 tariffs. “As the Administration continues work on a long-term deal, WDMA renews our call for the elimination of the Section 301 tariffs and for the U.S. to provide relief and certainty for American manufacturers,” he says. 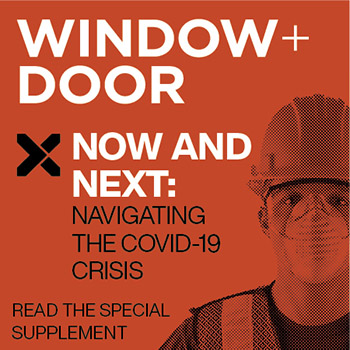