An additional insured endorsement extends your company’s liability insurance coverage to include another party (or parties) who then, as an insured, receive the same benefits under the insurance policy as your company. As the named insured on the policy, your company may be responsible for paying the deductible on a claim made by an additional insured. Lessen your risk by reviewing contracts before signing.

It seems like everywhere you turn these days someone is asking your company to sign a contract. I routinely see all lengths of contracts, from “simple” three-page documents to hefty 50-pagers, and at times even in excess of 100 pages by “incorporating” other documents.

When presented with a long or complex contract, your first thoughts may be, “I don’t have time for this!” or “What’s the point in trying to negotiate?” So you just sign it. Problem fixed, right? Unfortunately, the time and headache saved at that moment may come back to haunt you.

Here’s a real problem: As the named insured on the policy, your company may be responsible for paying the deductible on a claim made by an additional insured.

A recent Fifth Circuit Court of Appeals case, Big Binder Express, LLC v. Liberty Mutual Fire Insurance Company (5th Circuit 2021), demonstrates how this can happen. The underlying lawsuit involved an auto accident with a tractor and trailer driven by an employee of Big Binder Express and another vehicle. Darling Ingredients owned the trailer and Big Binder leased it. Darling was insured by Liberty Mutual under a policy with a $1 million per claim deductible. Liberty Mutual defended Darling as a named insured, as well as Big Binder and the driver as additional insureds.

The underlying lawsuit was settled, with Liberty fronting $1 million of the settlement because a disagreement remained as to whether the $1 million deductible applied to additional insureds. Big Binder then filed a declaratory action against Liberty Mutual arguing that it should not be responsible for payment of the $1 million deductible. The District Court found in favor of Big Binder, Liberty Mutual appealed, and the Court of Appeals reversed the lower court’s decision.

To avoid a similar situation, it is important to carefully review contracts before signing them and to know the terms of your company’s insurance policy. There are ways to lessen your risk; it all depends on how creative you are and whether you can convince the other party to allow the change.

Taking the time at the outset to carefully consider and negotiate the terms of a contract could save you a million-dollar headache in the future. 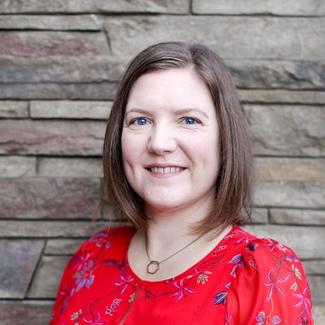 Susan MacKay is an attorney with The Gary Law Group, a law firm based in Portland, Ore., that focuses on legal issues facing manufacturers of windows and doors. She can be reached at 503/620-6615 or susan@prgarylaw.com.