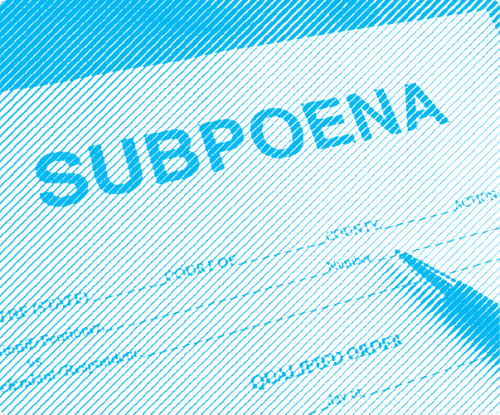 Most litigation takes place in the state court system. For example, a dispute arising out of construction in Illinois will normally be litigated in a regional Illinois state court. There are exceptions, but this is the general rule. This remains true even if some of the parties have their principal places of business outside Illinois.

If your Minnesota-based business was somehow involved in the construction—but is not a party to the litigation—the parties in that litigation may still seek documents and information from you relating to your products or scope of work through a subpoena. But there are correct (and incorrect) ways for the Illinois litigants, for example, to go about seeking those records. This article addresses certain issues that may arise from such subpoena requests.

A subpoena commands the person/entity to whom it is addressed to do something “under the threat of penalty” for non-compliance. There are two primary types of subpoenas: one for personal testimony and one for documents.

The personal subpoena commands someone to “appear and give testimony.” The other, a “subpoena duces tecum” (translates to “bring with you”), commands production of documents by a witness who has possession or control of documents pertinent to the issues in the litigation, for production at a certain time and place. Subpoenas have deadlines, which can be very short, maybe just one week. It is therefore extremely important that employees and staff responsible for mail or receipt of deliveries know that immediate attention is required for these requests.

Always evaluate the procedural sufficiency of a subpoena. A subpoena that is not supported by the applicable legal rules is just a piece of paper. Beware the subpoena that offers “easy compliance.” A subpoena for documents may suggest that you can “comply” with the subpoena by mailing in documents as an alternative to traveling to produce them. But, if the subpoena is not “valid” in the first place—that is, if it was not issued correctly—the recipient is not required to do anything, let alone go to another state. Under those circumstances, by mailing the documents, you may be needlessly giving information that can cause you to be brought into the litigation. Therefore, understanding your rights at the outset is essential.

Subpoenas must be properly issued under the authority of the state court in which the action is pending. Because a state court’s authority (jurisdiction) to compel and punish is generally limited to those people and matters inside that state’s borders, its “subpoena” authority is likewise limited.

That “limitation of authority” is why, for instance, an Illinois subpoena sent to your Minnesota company, for example, may be “beyond its limits” and not enforceable. This is generally true throughout the state court legal systems. A recent case explains why:

The subpoena demanded documents from Yelp to reveal the identities of the anonymous reviewers. Yelp filed objections to the subpoena in the Virginia court and refused to comply. The trial court found Yelp in contempt of court. The case made it to the Virginia Supreme Court, which found for Yelp.

The Virginia Supreme Court ruled that Virginia state courts cannot compel a nonresident non-party to produce documents or appear and give testimony in Virginia even if it had a registered agent in Virginia. The Virginia Supreme Court ruled that Yelp’s business presence was not enough to confer authority in the Virginia court to compel it to produce documents if it was not a party to the suit. That authority must come from somewhere else—i.e. the law and authority of the courts of the state within which the nonresident non-party resident resides: in this case, California.

There are ways that out-of-state subpoenas can work, however. In order to streamline the process, 37 states (including Illinois and Minnesota) have adopted a “Uniform Interstate Depositions and Discovery Act,” or UIDDA. The UIDDA has specific procedures that must be followed for an out-of-state subpoena to be effective.

A commentary to the UIDDA explains that: “[T]he discovery state has a significant interest in protecting its residents who become non-party witnesses in an action pending in a foreign jurisdiction from any unreasonable or unduly burdensome discovery requests.” A subpoena properly issued pursuant to the UIDDA would be “valid” and a response to it required. Compliance could be enforced by the local discovery state court as well.

Construction litigation will continue to generate subpoenas to non-parties, and companies should be vigilant in responding to these requests. Lawyers will continue to simply mail a document labelled “Subpoena” in hopes that your company will mistakenly respond. Contacting legal counsel immediately for advice on how to respond is the best approach. Do not be lured into the “easy response” of simply mailing documents in hopes the requesting party will go away. 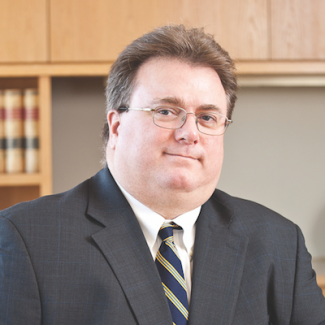